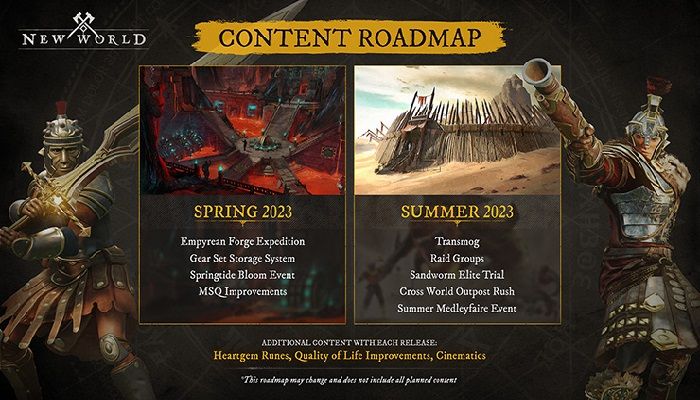 The New World team has shared an updated roadmap, along with the latest dev update video.  The video and roadmap cover the return of the Winter Convergence Festival, territory changes  the make things fairer, and a peek at major planned updated through next summer.